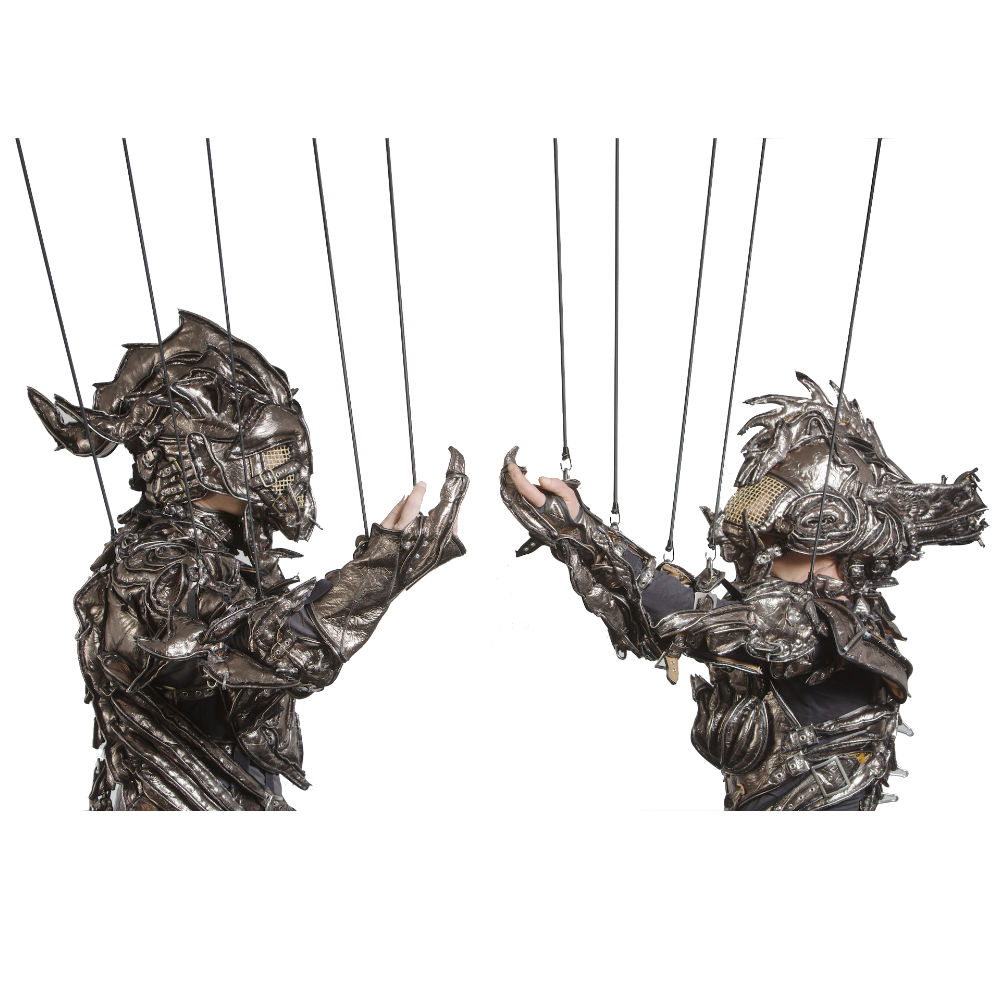 Homo Restis    A sound costume performance: moving in public spaces like marionettes and attaching strings to walls, street signs and other people. The performance is yet another result of the collaboration between Jens Vetter and  Sarah Leimcke. Homo Restis was first shown at Ars Electronica Linz 2016 after which the project wandered a long way through multiple cities including Dresden, Görlitz and Trbovlje.

Jens Vetter developed the system of eleven independent sound modules based on string interaction. The system is mobile, wirelessly interconnected and able to generate and playback real-time sonic patterns based on pulling the strings. Sarah Leimcke designed and handcrafted the costumes. Both are wearing the costumes during the performances.

more on costumes and performance: sarahleimcke.de